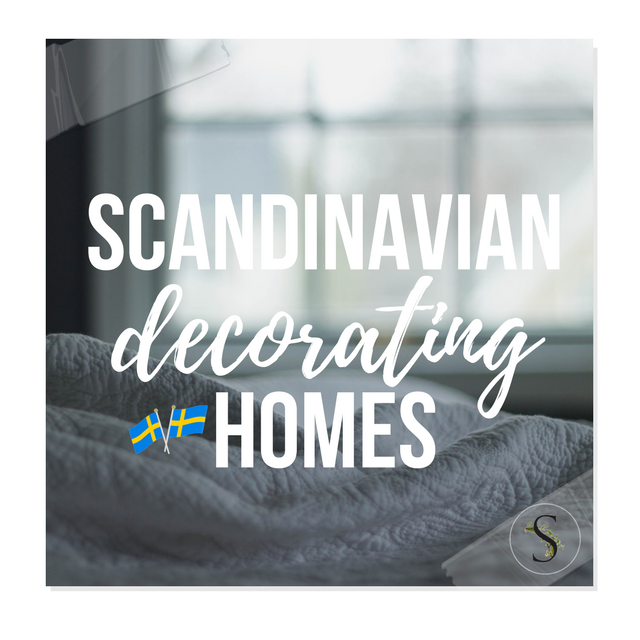 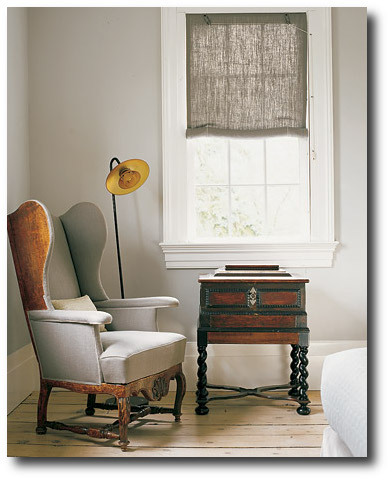 A Baroque Wing Chair Upholstered In Gray Linen, sits beside a Baroque Chest

In Sweden, the Middle Ages lasted for approximately 500 years, until Gustav I of Sweden seized power in 1523. Most all of the buildings were constructed out of timer, until the 12th century, where stone became the predominant building material for the construction of the churches. Lund Cathedral, and Husaby Church are excellent examples of this style. The Gothic style brought brick to Sweden as a new fashionable building material, and many of the cathedrals were fashioned out of brick, while others were made of limestone. 1,500 of Sweden’s 4,000 churches from the Middle Ages survive from this period. The 13th century city walls around Visby are some of the best-preserved medieval city walls in Europe, and in fact, the street layout of Stockholm’s Old City still can be seen designed with a medieval flavor.

Sweden rose to a great Power in the 17th century, the privileged class and government began to build again. The idea of the architect and designer was established and the profession developed. During this time works of Simon De la Vallée and Nicodemus Tessin the Elder became well known in Sweden. The work of Nicodemus Tessin the Younger moved the architectural development in Sweden during this time into High Baroque, such as Stockholm Palace.

As we discussed in Part 1, a notable example of the Baroque style in Sweden was seen in Strömholm. In part 2, we discussed King Gustav Vasa, whom was the ruling power at the time, and how the Catholic church dominated the design circles which influenced art across Europe and abroad. In Part 3, we discussed both Skokloster & Steninge Palace as striking examples of the Baroque style, which architect Nicodemus Tessin the Younger was responsible for. In part 4 and 5 we hope to inspire you to achieve this look in your own home looking at an example of a collector of Swedish antiques and what they did for their own home working with Baroque Swedish antiques in particular.

Jill Dienst’s owner of Dicost + Doner specializes in Scandinavian antiques from the 17th century to the mid-20th century.  Jill Dienst’s passion for collecting for her own home over the years paved the way for her success as an antique dealer.   Before opening up her own business, Jill Dienst spent decades at some of the finest institutions in the art, which allowed her to gain an appreciation for antiques and design world.

All images and information from Martha Stewart. 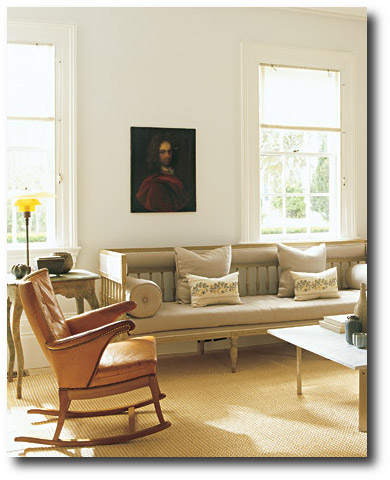 The centerpiece of the living room is a Gustavian sofa, which has been
upholstered in plain linen.

The simple, roll-up window shades are the same kind used in Swedish manor
houses, but these are made from a sheer fabric. 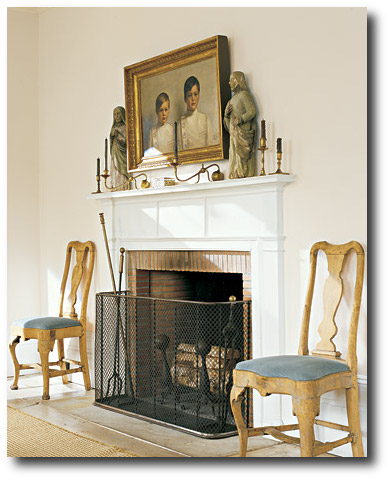 The living room walls and mantel were painted slightly different variations of
the same color.

The painting is a 1911 portrait of Swedish boys in school uniforms sit above the mantel.

The statues came from a rustic church in southern Sweden. 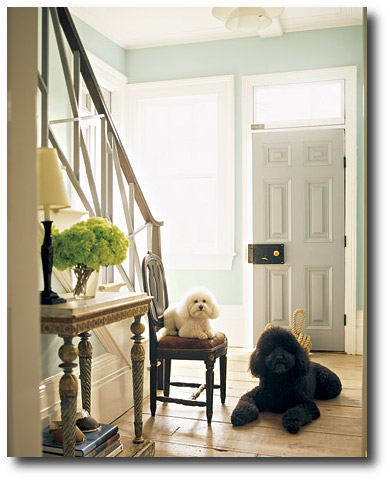 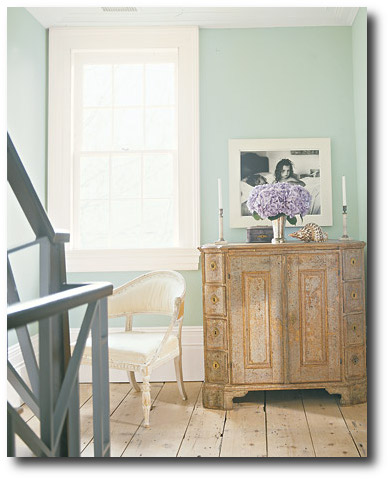 The second-floor landing features a large baroque cabinet from Sweden, which
retains its original paint. 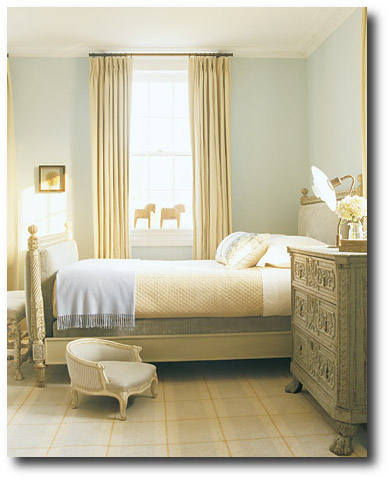 In their daughter’s room, a nineteenth-century bed has been reupholstered in a
heavy velvet.

French nineteenth-century chair by the bed. Dala horses, a traditional motif of Dalarna, Sweden sit in the window.   The carved chest is German.