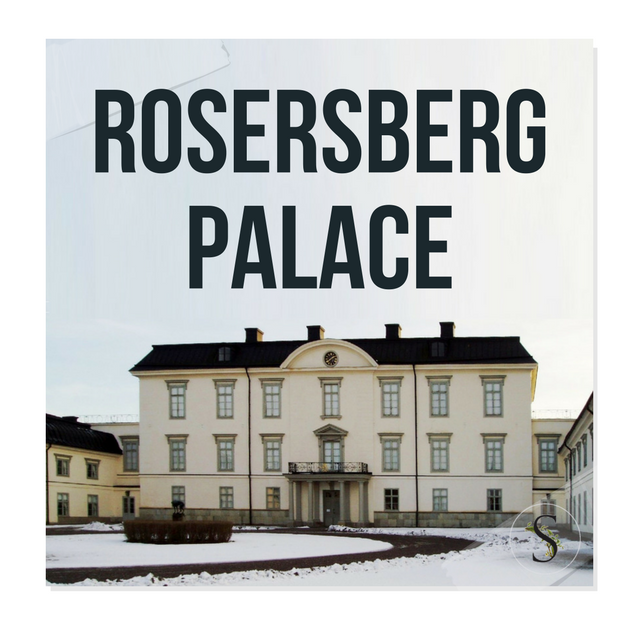 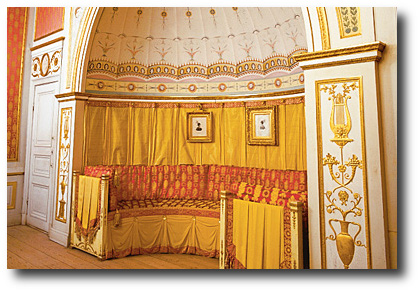 This room was the reception for the Queen Elizabeth Edvigi Charlotte and King Carl XIV Johan (reigned 1818 -1844). The interior decorated in the Gustavian style. The rectangular top of kolmarden marble with canted corners and breakfront, above four conforming drawers adorned with brass banding and circular escutcheons and pulls, the top drawer opening to reveal a drop front secretary fitted with small drawers, the corners canted and fluted above conforming tapering legs, terminating on brass feet. On the wall is a picture depicts the coronation of Karl XIV Johan. 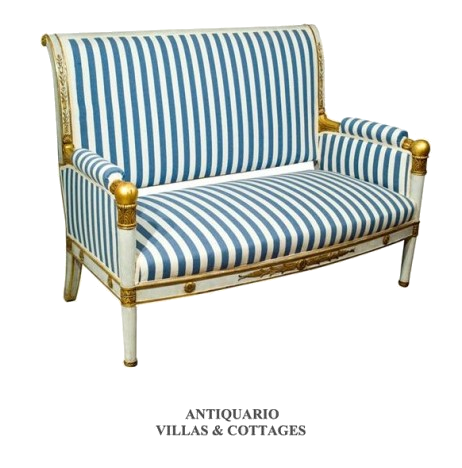 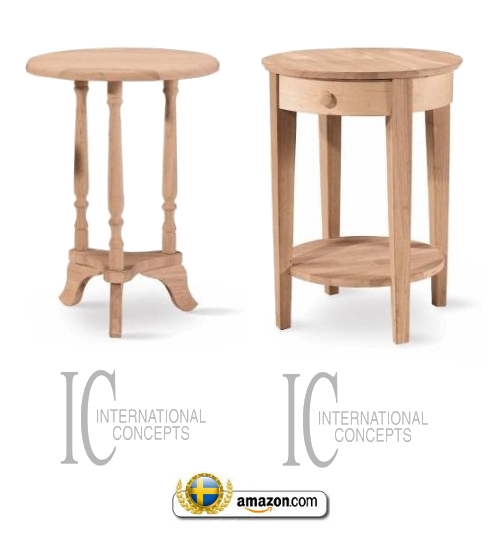 Turn this unfinished international concepts table, sold for $42 dollars into a thousand dollar table with an additional marble top and some paint.  Consider white paint with gold accents for a classic Swedish style.

In this photo, you can see a neoclassical chair painted with a gray paint, outlined in a dark gray with white upholstery.  Use the same color combinations with your painted furniture

International Concepts was founded in 1979 in Greensboro, NC as an unfinished furniture wholesaler, providing furniture to retail stores throughout the Eastern United State 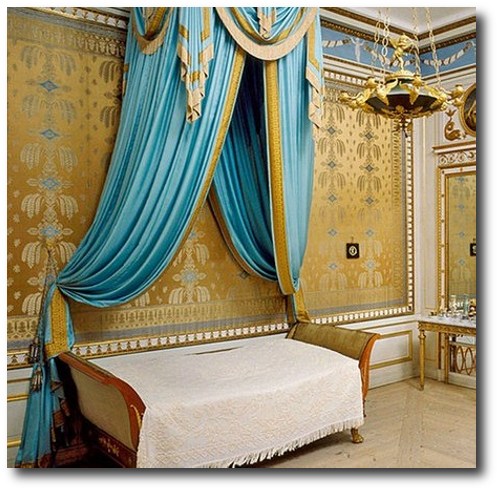 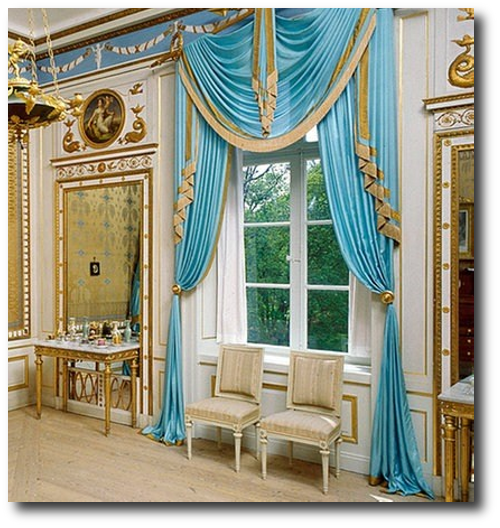 A fine pair of French Empire period fauteuils in the manner of Jacob, with carved swan decoration on the arms and paw feet on the front two legs, in light grey paint with dark grey details, the seats and backs recently upholstered in charcoal linen fabric with horsehair stuffing.