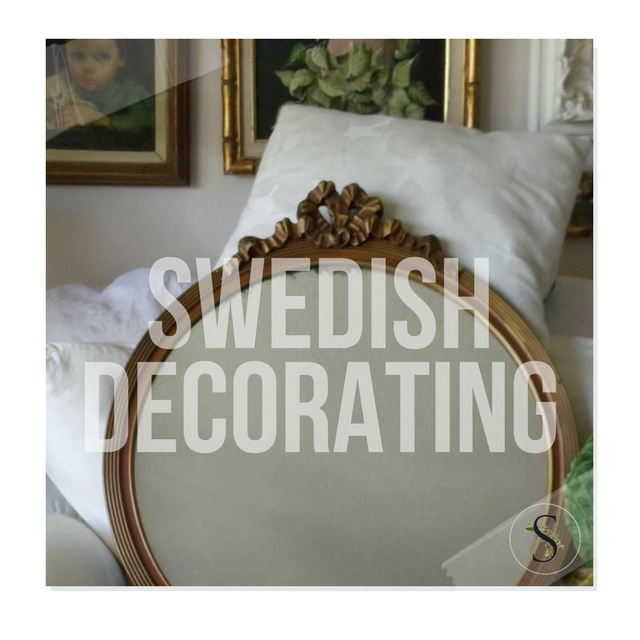 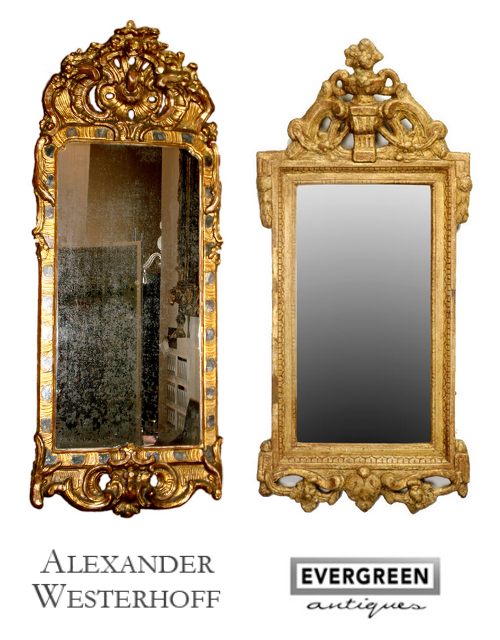 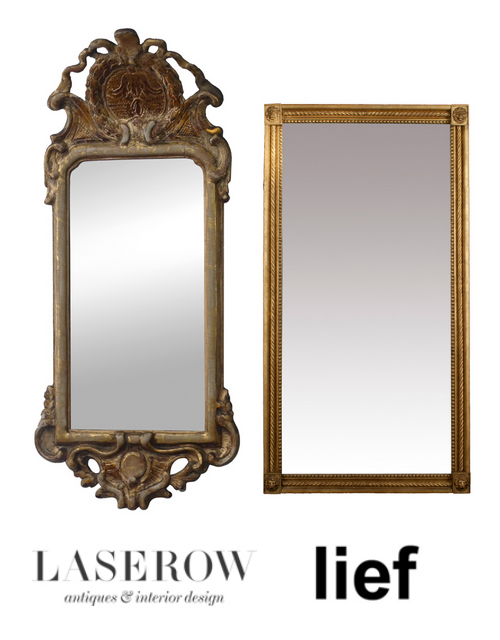 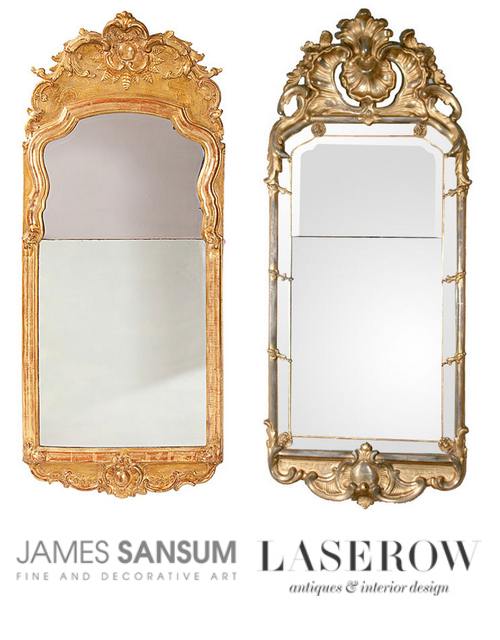 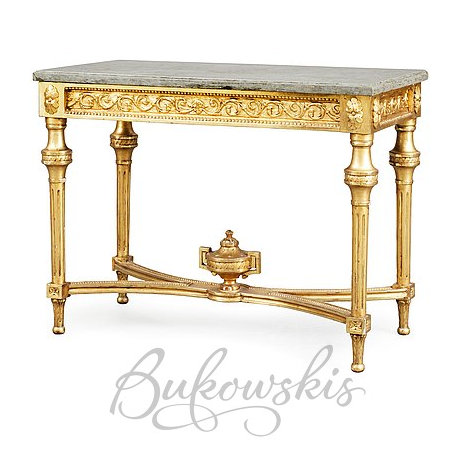 Swedish neoclassic console and mirror. The console having a veined white marble top above a frieze with carved foliate motifs and a central medallion, sitting on tapered fluted legs.The rectangular mirror having a plate within a robed border surmounting a rectangular top crest and medallion within foliate ribbon. 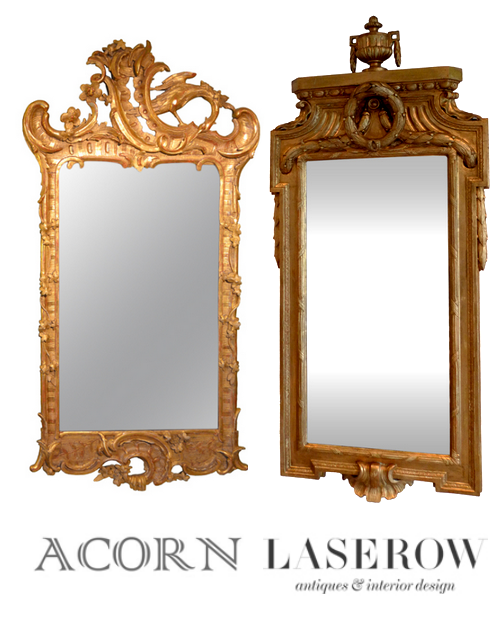 Danish Rococo Mirror 1750– Dietrich Schäffer, born 1730 in Keyla, Thuringia – died 1778, was a German Royal Court carpenter employed at the Danish Court in Copenhagen in the 18th Century. He was one of the main Rococo furniture artists of the time.

Mirror Attributed Johan Åkerbald -Giltwood mirror made in the transition between the high Gustavian and Late Gustavian period, 1780. The mirror is not signed but attributed to the greatest mirror maker in Sweden during the Gustavian Period (1751-1799). A very similar mirror was made by Niklas Sundström. 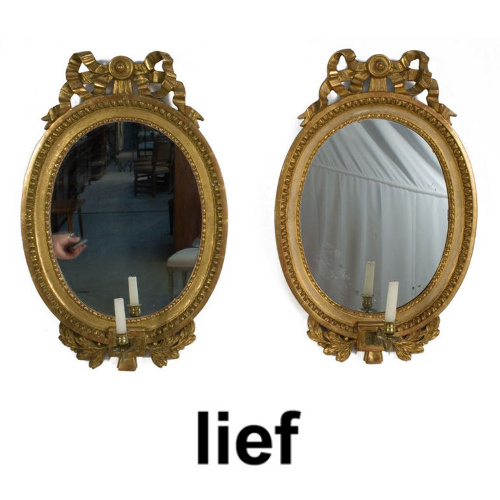 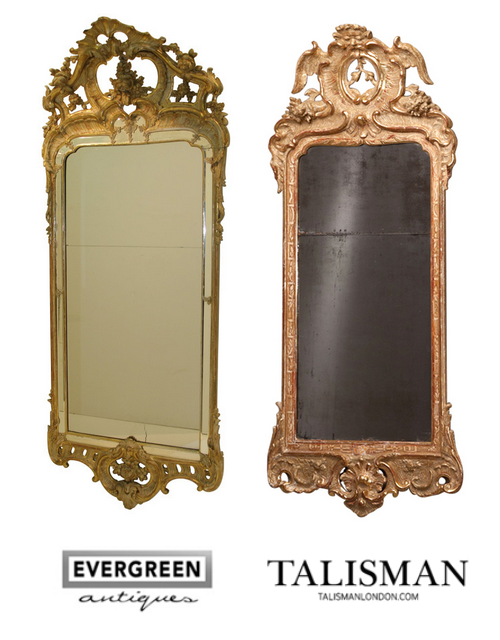 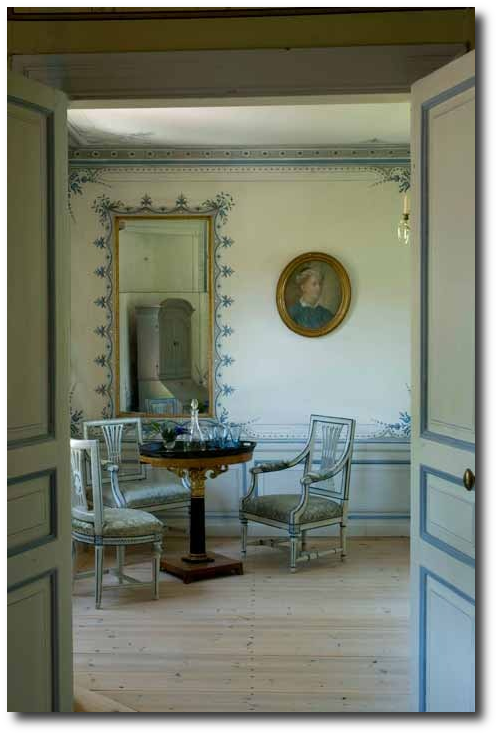 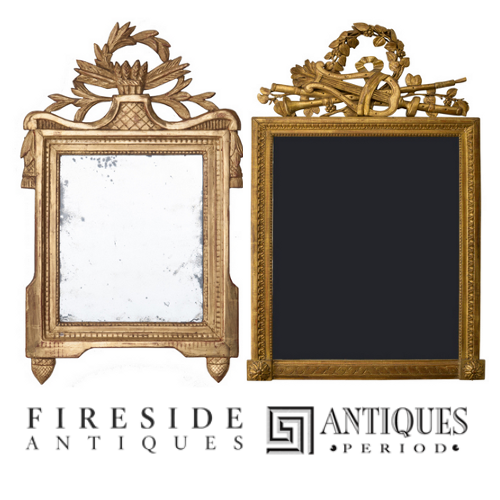 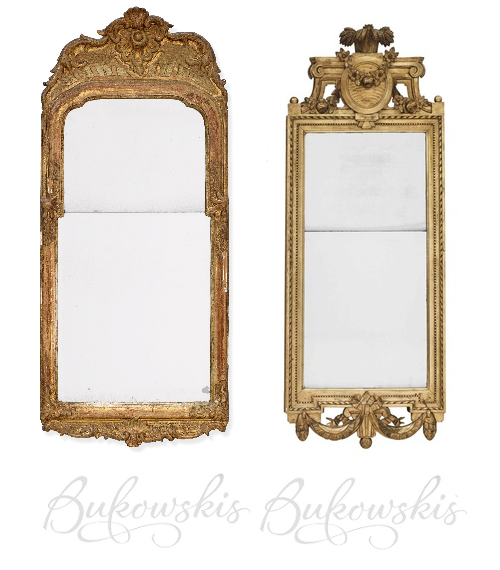