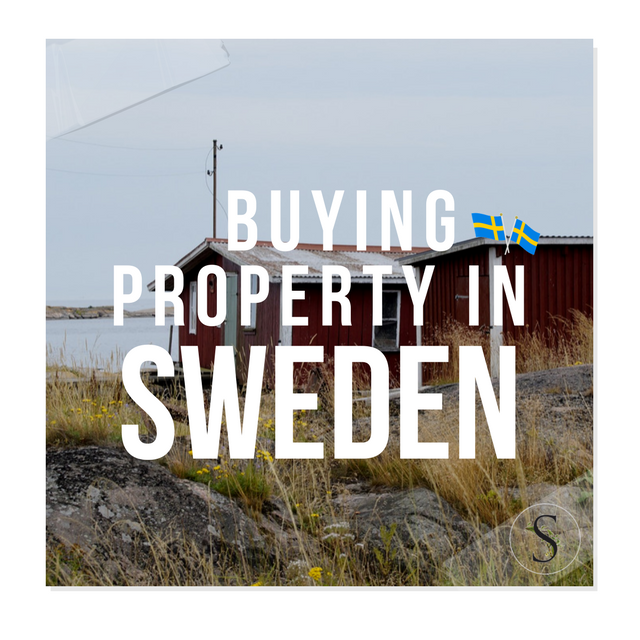 Have you ever considered buying or renting a home in Sweden?  The prices for a cottage in the country are surprisingly affordable.  Expert Home Design Blog details the costs of real estate in Sweden:

Sweden is the largest country in Scandinavia and the fourth largest in Europe, bordering Norway and Finland, within the Arctic Circle. Sweden has large numbers of newly built properties, with over 50% of apartment homes being built since 1960 with the majority being mainly rented. Freehold individual properties are largely owner occupied. Official language is Swedish with a minority understanding Finnish.English is widely spoken. Capital gains should not be charged for the sale of privately owned property.

There are no restrictions on Foreign Ownership.

Locations to buy real estate and property in Sweden Stockholm being Sweden’s capital is popular and including the suburbs represents about 20% of Sweden’s total population and with the growth of financial and technical companies around Stockholm this will likely grow. It is situated on the Baltic Sea, at the entrance to Lake Malaren and is built on 14 islands with many exceptional waterside buildings.

Gothenburg, Sweden’s second largest city on the West Coast of the country is a major port and industrial center. Malmo, on the south coast is expected to grow significantly over the next few years following the completion of the 16 km bridge and tunnel linking to Copenhagen in Denmark.

It is usual for a Real Estate Agent to be used for buying and selling of property in Sweden. They will handle the necessary paperwork and communicate buying and selling prices with all parties involved. It is not contractual to have your property valued but fairly common for buyers to hire independent surveyors. When you have satisfied any questions in respect of your purchase a completion date can be agreed through your Real Estate Agent. It is the responsibility of the buyer to apply for deeds of title within three months of the sale transfer and submit for registration. 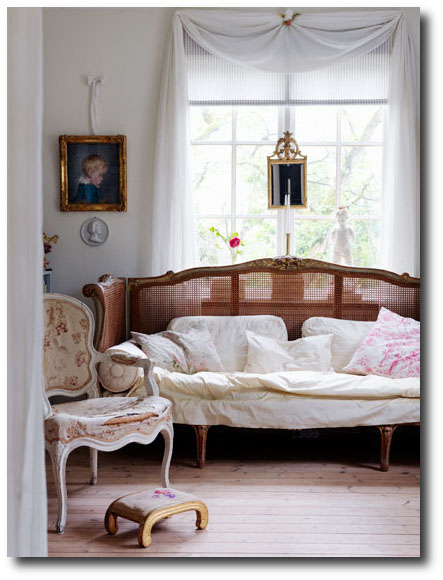 Carolina Romare is a Swedish freelance photographer. After three years in Melbourne, Australia and a Bachelor of Arts in commercial photography from RMIT University, she decided to move her business back home and is currently based in Malmö, Sweden. 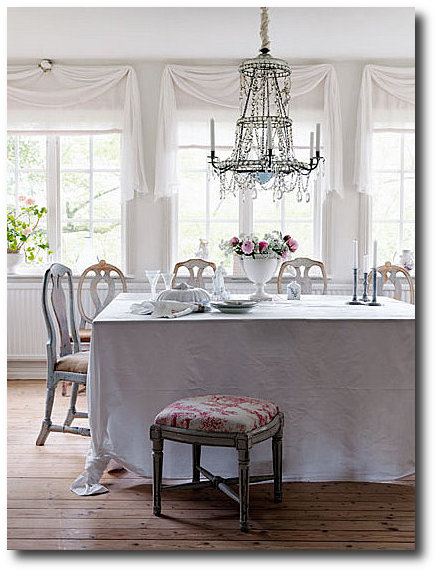 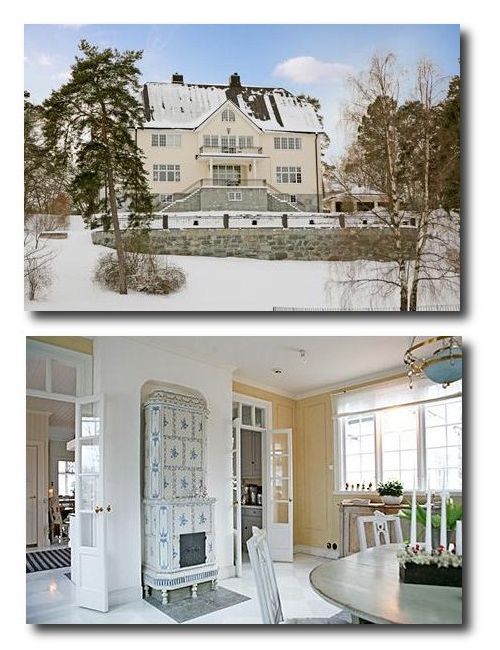 This outstanding Swedish home located in the suburb of Djursholm, outside Stockholm is designed around the Gustavian 18th century appeal. The home was built in 1905, and totals about 945 sqm, approximately 12,268 sq ft. The listings suggest that the owner has spent a lot of money back to its classical “old world” charm. The kitchen is designed around the Gustavian styles of centuries past. The tile stove from the 18th century.

This home has 11 rooms, including 6 bedrooms and 3 bathrooms. On the ground floor hall, features the lounge and office, as well as the dining room, which is decorated breakfast room with tiled stove in 1700 and an exclusive kitchen, reproducing the original in one of the oldest castles in Sweden. The second floor has five bedrooms, the main one with a breathtaking view and its own bathroom. The basement room has a bedroom, a playroom for children and adults, back door with laundry and bathroom spas, sauna and gym. Home heating – geothermal. Detached garage for several cars. $ 1050000 Euro See more at this listing… 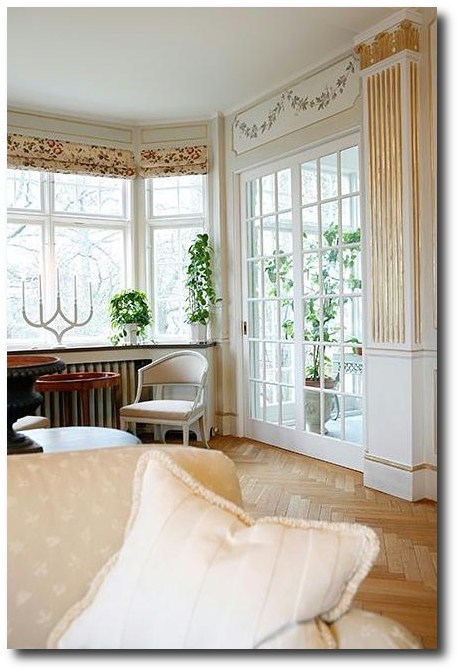 Swedish Native Eva Johnson’s home in England is decorated in the Gustavian style. Most of the furniture is from her grandparents. 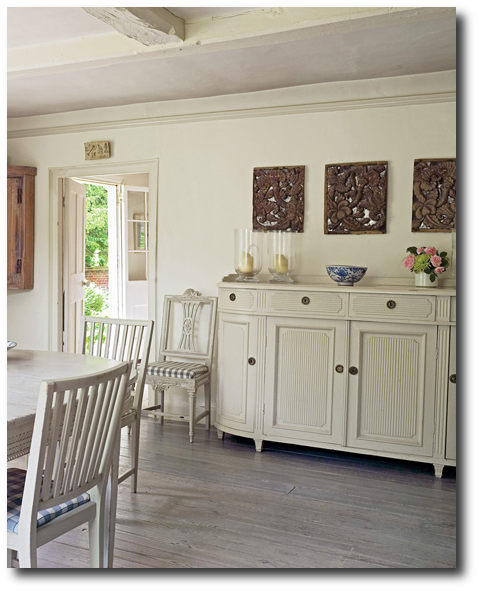 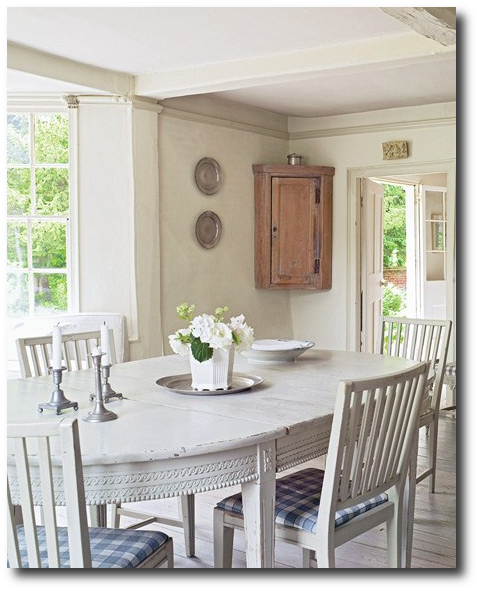 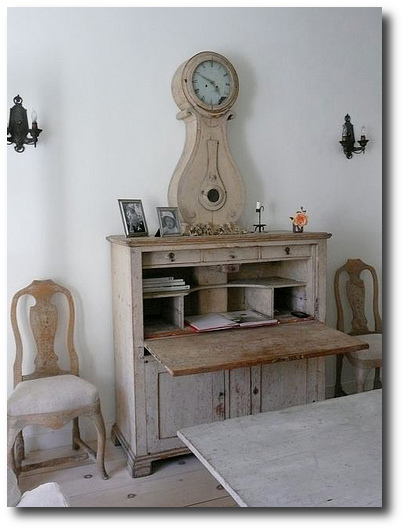 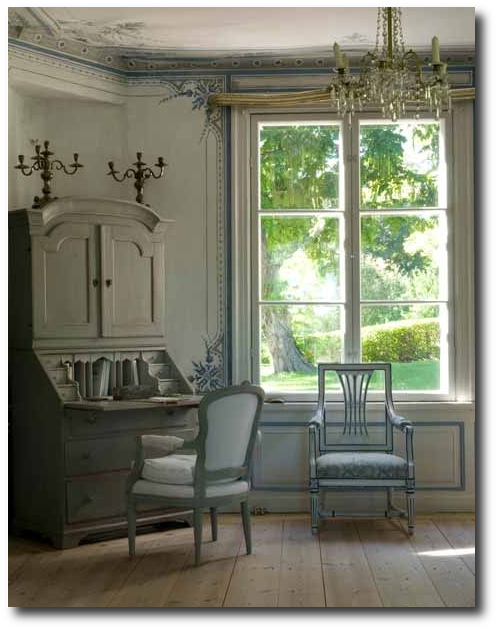 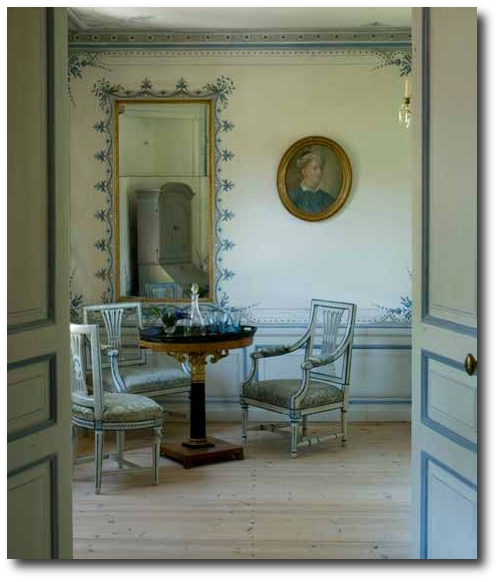 AAn idyllic summer in Norway- Maren had found her dream house on the south coast of Norway, but it was so dilapidated that it should be demolished. Local government gave the permission to a new construction provided that: the new house was built in the traditional style. Maison Campagne This lakefront wooden country house set in a serene area on Lake Malaren boasts breathtaking views of Drottningholm Palace and the lake and the Stockholm skyline from the large rooftop veranda. The house was built in 1880 by famous architect Magnus Isæus. The interiors of the house are inspired by various styles, especially Gustavian with touches of Empire style.