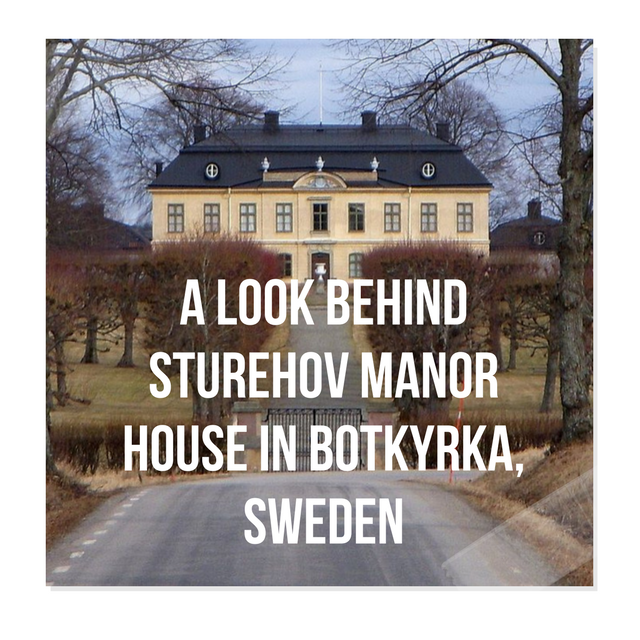 Sturehov or Sturehof (also spelled Sturehov castle) is a manor house in Botkyrka, Sweden. Sturehov manor is located at Rödstensfjärden, about 3 kilometers west of the old Norsborg.

The name Sturehof, originates from the oldest known individual owner, Svante Sture Stenson whom was killed by King Erik XIV in connection with the so-called Sture murders at Uppsala Castle.  His descendants owned the farm for more than half a century. The farm was later purchased in 1778 by Gustaf II’s “Finance”, Baron Johan Liljencrantz, whom acquired the property in 1778 as a summer residence.  They say a fire burned down the main building, and only the two wings from the 1600s remained standing.  It was then that architect Carl Fredrik Adelcrantz draw up plans for a new main building. Adelcrantz was famous architect during the time known for his work with the Opera House in Stockholm. The two remaining wings were then modernized with mansard roof, and an update to the exterior paint color was changed from a country red to a prestigious white.

Today visitors can enjoy an afternoon out at Sturhov, where they also have a year around café called Voltaire & Vänner (Voltaire & Friends).  Take a look inside the cafe at The World According To Pia Blog

Sturehof is regarded as one of the country’s finest example in the Gustavian decorating style. While a number of skilled craftsmen worked on the house, Interior Designer Louis Masreliez and architect Carl Fredrik Adelcrantz were to be considered the best in design and architecture of their time.

Johan Liljencrantz owner of the newly constructed main building at Sturehof was also the owner of the famous Marieberg factory.  Today there is a very limited amount of authentic Marieberg Kakelugnar stoves known to be around today.   The stoves that were located differ from the usual 1700s ovens by its white base color, shiny glaze and their bright colors.  Sturehov houses the country’s largest collection of Marieberg stoves, a total of 17 pieces. The most magnificent of all the stoves is the “Liljecrantz ‘Fireplace’. It is located in the room upstairs, which was supposed to be Liljecrantz ‘bedroom.   The tiled stove was  so famous that it was pictured on a Swedish postage stamp.  After Liljencrantz’s first wife, Ottiliana, died in 1788 he built Norsborgs mansion, and settled with his new wife, Eleanor. 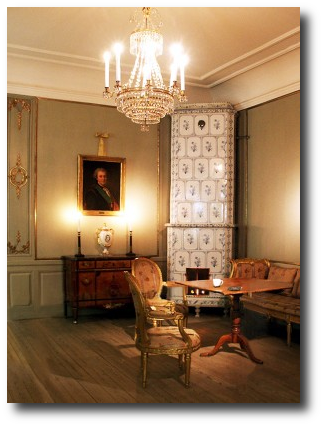 The Röhsska Museum featured this interior which was drawn by architect Carl Fredrik Adelcrantz (1716–1796), who was a central figure in 18th century architecture and art history. 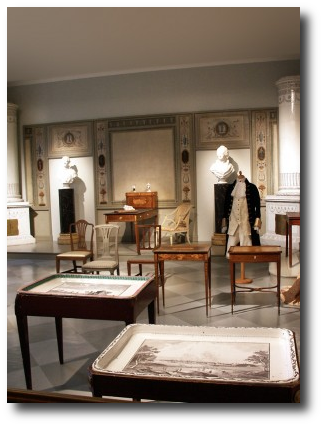 The Röhsska Museum featured an exibit called- The Masreliez room whom was named after the artist and decorator Louis Masreliez (1748-1810), who was Gustav III’s architect. The mural was executed by Louis Masreliez in the late Gustavian (Pompeian) style. Masreliez had studied in Rome for a longer period, and seen and been inspired by the ongoing excavations of antiquity’s Pompei. The wallcovering is painted in oil on fabric. 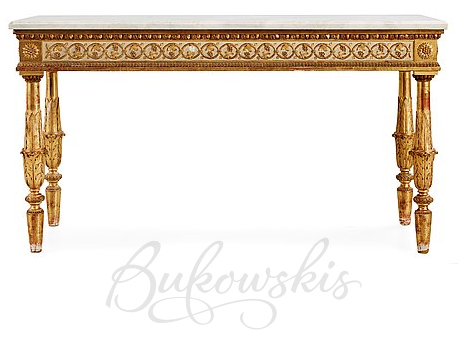 Design by Louis Masreliez and executed by Jean Baptist Masreliez.

-A Stunning Picture of Sturehov in the winter Here we see the chairs with modern slipcovers keeping with the Gustavian look. Also Featured in Neoclassicism In The North 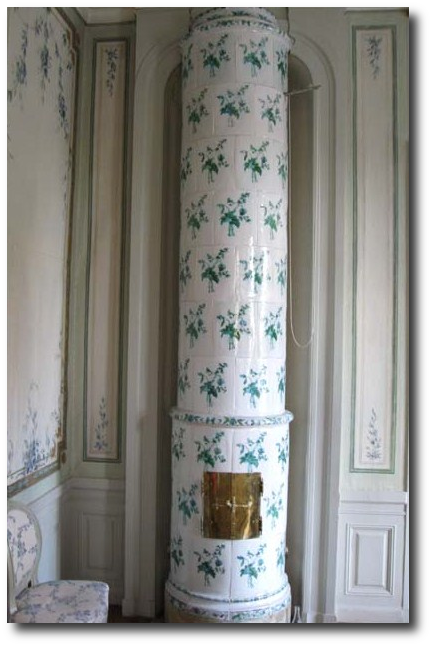 Close Up Look At This Sensational Tile Stove- www.alltomkakelugnar.se

This beautiful stove is in Baroness large bedroom on Sturehof Castle. In the 1700s, considered the bedrooms not particularly private, but I also perform the function of living. Among the first thing that visitors encounter when going into the company over the floor at Sturehof Castle is the octagonal drawing room and its fireplace in column style. It is a style formation that tries to mimic the columns that held up the ancient temples. This on Srurehof is typical in that it had a square base with a cylindrical top, and tight spot that was tromp l’oeil painted. Tromp l’oeil was very modern at the time and was to be atop the tiles glaze painted decoration that would look as three-dimensional as possible to simulate the ribs and three-dimensional details. – Information From alltomkakelugnar.se 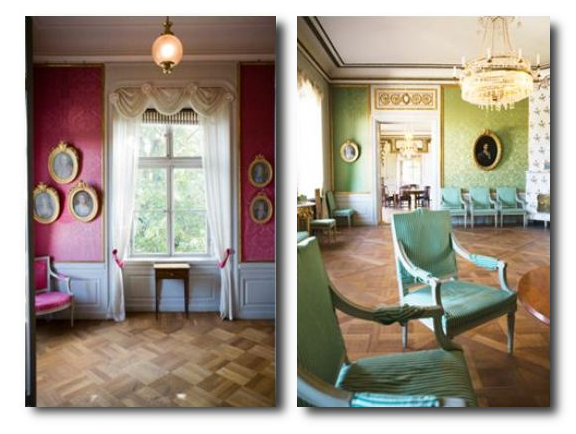 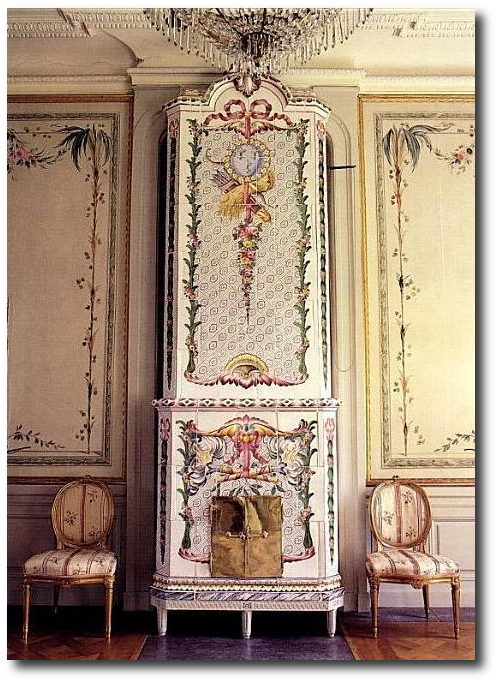 Cannot get enough of gray furniture, Nordic style decorating and the lush interiors of Gustav III?  Pinterest can be your best friend when it...

Check out these absolutely beautiful pictures of Jenny's studio space made over with plywood cut into planks: I found the plywood I wanted, took a...

Country living is wrapped up in modest, yet meaningful details. The mixture of the old furniture and primitive decor has become a style that...

An American’s Guide For Getting The Swedish Country Look