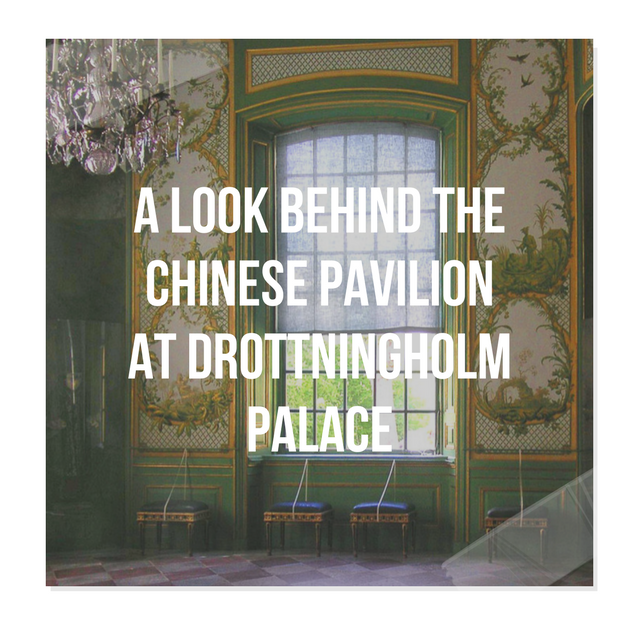 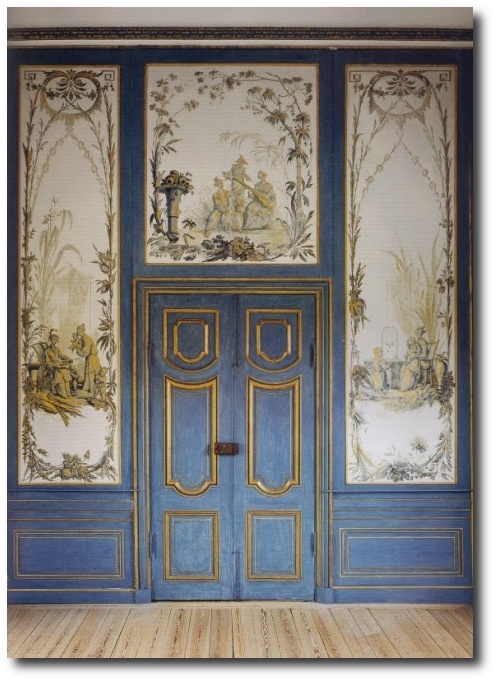 The Best Of Painted Furniture By Florence De Dampierre, presents the tradition of painted furniture as it developed in Europe and the United States. Buy this book from Amazon for as little as $3.99

Unfortunately, photography is not allowed in any of the palaces.  This photo was taken from Airchild on Flicker, where she stated she didn’t know about the photography limitations.  Lucky for us, we get a small glimpse into what she calls the pink room.

For those who are curious of how it looks inside the Chinese Pavilion (previous picture), here it is. There are different rooms with different colors as themes. This is the pink room. Unfortunately photography is not allowed and I didn’t realize it until a guard came running after and yelling at me. I thought: “Even in the Louvre you can photograph at will, as long as you don’t use the flash or tripod. What’s the big deal here?” Well, so is it with all museums in Sweden, sigh! I was made to look like a thief.

The Peak of Chic Blog posted some marvelous photos, (the best in my opinion) of the Chinese Pavilion which was featured in the May 1996 issue of World of Interiors. The Pavilion was restored to its former glory in the early 1990s, and possibly after the restoration was completed, often times publishers take photos of the completed project for their magazines. In any event, we are so thankful to Peal Of Chic for uploading these photos, as after researching the Drottningholm Palace, virtually NO photos have been taken of the inside of most of all the buildings.

Kevin Sharkey who writes on the Martha Stewart site, featured an extensive review of the book Emmanuelle Gillard and Marc Walter’s Exotic Taste: Orientalist Interiors which reviews some of the architecture at the Chinese Pavilion. This book takes an in depth look at the exquisite art and architecture which include detailed carvings, elaborate textiles, bold colors, and grand architecture dominate the Eastern style of decoration. This hardbound book has 236 pages of rich, colorful photos and retails for $75. The photos show everything from entire rooms to furniture to details.

This picture was also featured in the Emmanuelle Gillard and Marc Walter’s Exotic Taste: Orientalist Interiors