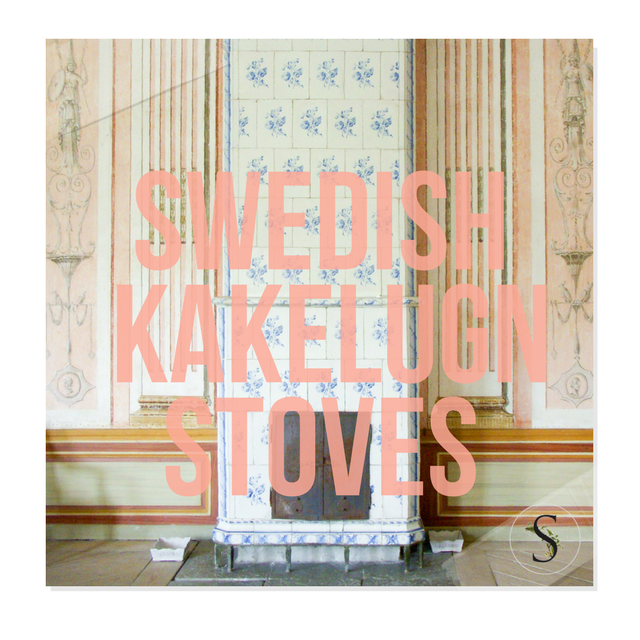 The “Kakelugnar” stove is a Swedish tiled stove whose design is still in use today.  This classic stove dates back to the eighteenth century, and adds a historical element to a Scandinavian room.  These tile fireplaces usually resemble a column, while the shape is generally very simple.   The most popular designs tend to be round or rectangular, and are generally white, and are placed either in corners or against a straight wall.   The heights of the stoves range everywhere from six to ten feet or more.   The stoves often feature two small folding doors where the wood is placed, and the top of the fireplace forms a crown.

Fire was essential for warmth and food in the Nordic region a century ago.  Over time, we have lost some of survival techniques that were passed down through generations.  Houses were smaller, and fires were first and foremost placed in the kitchen areas, where the cooking was done.  The very first buildings were designed as one large room.  An entire family lived in one room, than having many rooms to heat.  Today it is fashionable to have vaulted ceilings, and large rooms, but the very opposite was true in throughout history where smaller rooms retained their heat better.  Families often slept in the same room to conserve t the warmth, and be near the fire to keep warm through the nights where the temperatures dropped.  The earliest homes had no windows, but rather a modest opening to let any smoke out.  It wasn’t until the 1600’s when the chimney was invented, and the fireplace was designed to let smoke out of a chimney through the roof.

The Kakelugn stove’s design first came about when a shortage of wood became a crisis.  In an article written by Stone Mason, they describe what prompted the stove design: “The period between 1500 and 1800 was known as ‘Europe’s little ice age’. In Sweden, where it was even colder than it is nowadays, it was clear that the constant use of fireplaces from morning till night would eventually lead to the total depletion of the nation’s forests. It was most fortunate, then, that in 1776 Adolf Frederik, the King of Sweden, commissioned Carl Johan Cronstedt to develop a stove that would make better usage of the country’s timber resources.”

The winters were colder than normal, and the people at this time needed to get as much heat out of the wood as possible.  The problem was, too much wood was being consumed, that the government needed to intervene before the forestry was used up.  Carl Johan Cronstedt and Fabian Wrede, had received a government mandate to try to find more fuel efficient solutions, and ended up inventing a fuel efficient tiled stove which burned the wood slower, and retained the heat for hours.

The Swedish Kakelugn stoves are a distinguished piece found in the Nordic countries.  You won’t find these stoves in Canada, where the winter temperatures are just as cold.  During the latter part of the 1800s, the stove found a prominent place in rich mansions and palaces.  Beginning around 1830-1840, large farms were being equipped with stoves which soon lead to the countryside and middle class.

Swedish Kakelugnar stoves produced by Swedish Camina, are one of market leaders in Sweden who make stoves. Lindholm Kakelugnar also sells stoves in their original design.  Lindolm Kakelugnar, based in Sweden, has been selling and building antique tiled stoves for the past 45 years. The company stocks a range of pieces, including a selection of stoves manufactured from the 1860s to the 1920s, or buy a modernized version from Contura.

The beauty of these classic stoves is that they retain the heat for long periods of time.  New modern stoves often heat up fast, but once the flames die out, the stove cools off quickly.  The “Kakelugnar” stove burns wood for a period of 1-3 hours, and then provides even heat for several hours after the fire has gone out.  In fact, these classic stoves have a better design than the modern day stoves that are produced today. The Swedish Country House By Susanna Scherman- Buy It On Amazon A Swedish apartment for sale through Bolaget.