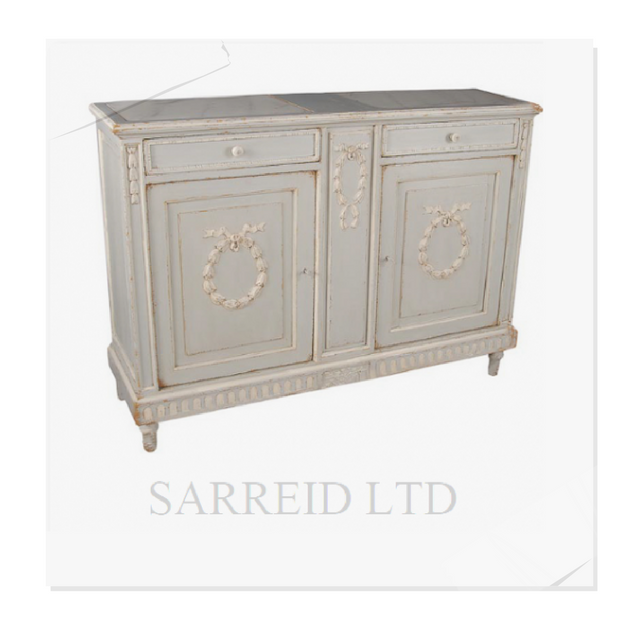 For more than 40 years interior designers throughout the United States and Canada, Sarreid Ltd has been known as being an innovator in the home furnishings field since 1967. After receiving many requests from customers to provide them with identical pieces of the best selling items, Sarreid Ltd finally decided to manufacture the best of their furnishings that could be then made available to the public on a wider scale.

Their goal was to make exact replicas of the original antique that they had in their possession, so they could produce quality pieces that look identical to the originals. Every item could be made using the original techniques seen on the pieces themselves by skilled craftsmen who restore Sarreid’s genuine antiques. Their reproductions look like thousand dollar 18th century antique furniture. This is partly due to the amazing skills of their craftsmen, (whom they recruit from all over the world), but also the steps they take to make the furniture look genuine. They start with reclaimed wood, and every item is hand finished by their team of antique restorers, replicating the finish of the original antique in every detail. The end result is that each replica is unique in its own way, just like the original. Expansion, shrinkage, small cracks, and wood imperfections are all inherent qualities of their product.

Some of their pieces come with a unique story.  The painted blue chest (above) was almost was lost….

“I will pay now and pick it up in an hour,” I said to Monsiuer Bersaut at the flea market in Lille. Someone must have overheard me because when I  returned the Louis XVI style French Bahut was already “collected”. Lille has one long street so I called two other dealers and started looking. An hour later we found the sideboard tucked behind a car. Since then I always leave a code name for the goods to be collected. We liked it so much we had our great craftsmen make an exact replica” 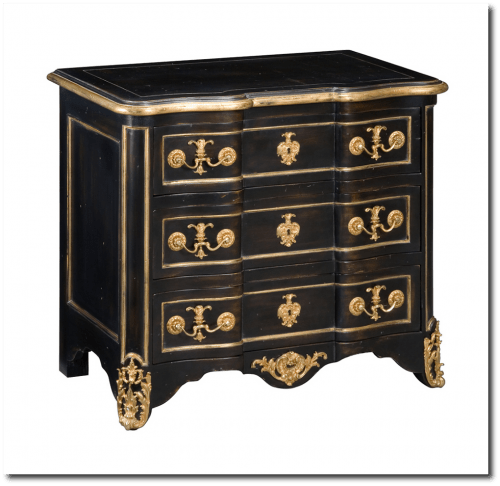 “Buying antiques in Sweden is a special job. Although I speak Dutch I still do not understand one word of what they say. The Dutch word tafel (table) is bord in Swedish, and bord in Dutch is a plate. A chest of drawers in Swedish is Byra, but if you order a Byra in Holland you get a nice cold Heineken. Anyway, I was very excited when I bought an early 19th century chest of drawers in Gustavian style. We liked it so much that we asked our craftsmen to make an exact replica.” 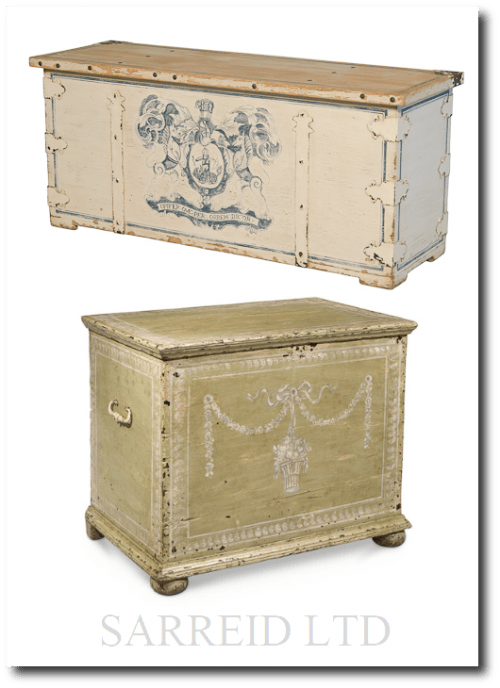 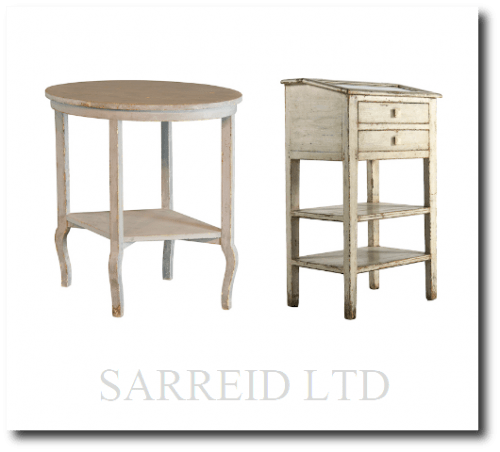