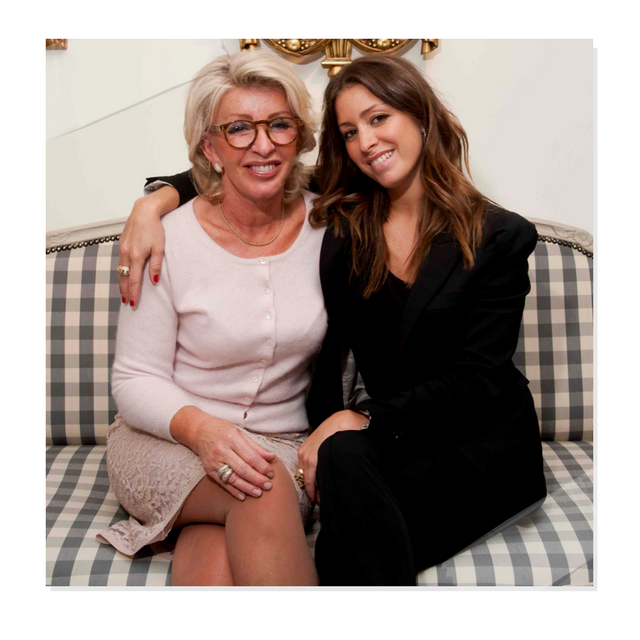 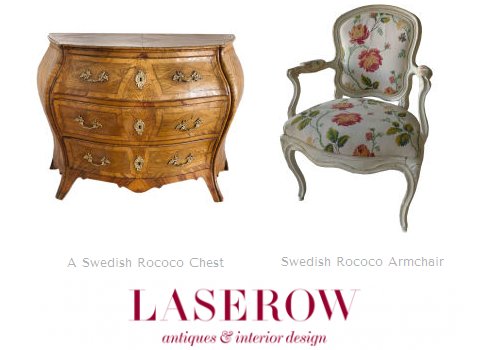 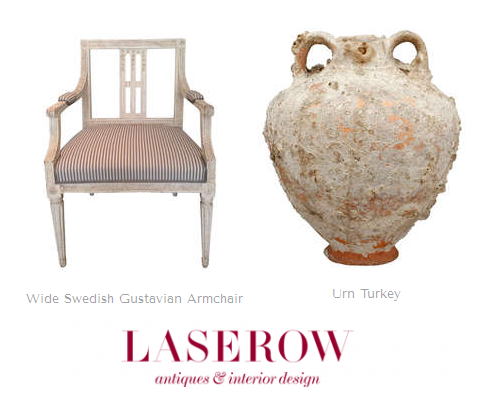 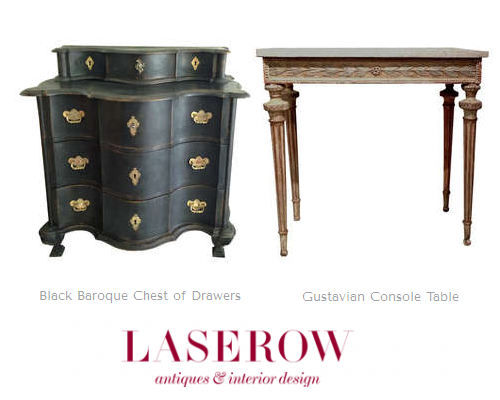 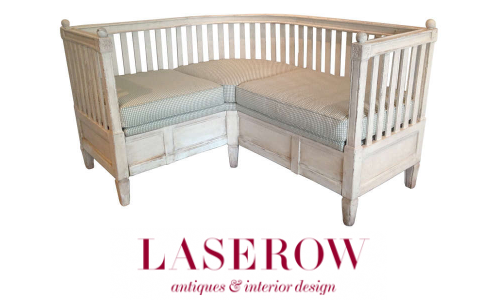 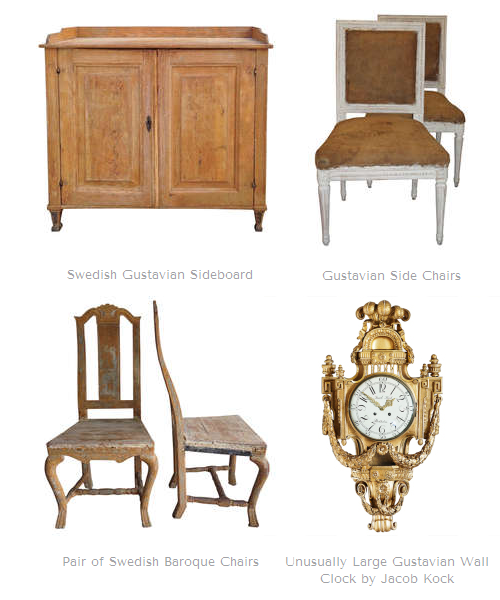 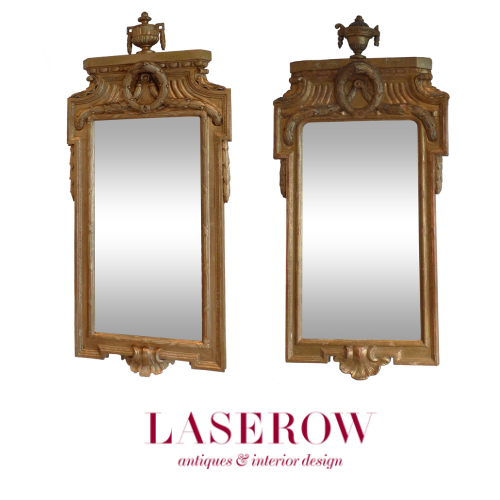 An extra ordinary set of 8 rarely seen Rococo dining Chairs. Frame and decorations are all original. Curved legs carved with rocailles and acanthus leaves standing on a claw-and-ball feet. Back splat with baluster shape.

A pair of late Gustavian side tables with tapered legs. base painted in a dark blue and top in a matt black. A French gilt wood mirror from the Empire period